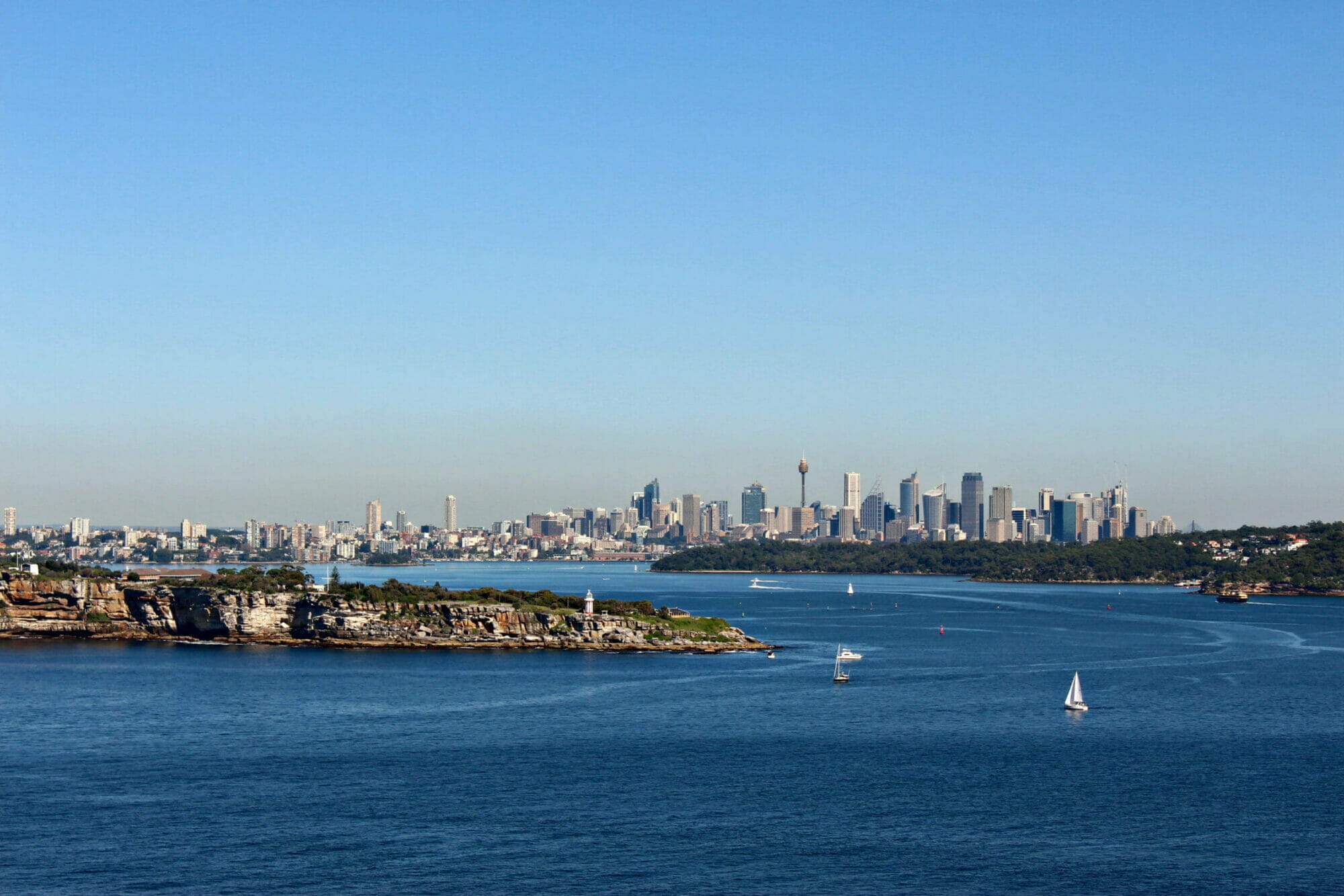 Many people visiting Sydney forgo straying far from the CBD. There is too much to see – the Harbour, Opera House, Bondi, Taronga Zoo, The Rocks. But just a quick ferry ride away, lies the stretch of rocky headlands and open beaches of Manly, Queenscliff, and Curl Curl.

Manly, although close to the hustle and bustle of Australia’s largest and most popular city, feels like a world away. In Manly, it’s all about beach culture and less about urban jungle. And here in the Northern Beaches the little-known prehistoric carvings from Sydney’s lost Indigenous people decorate rock faces, cliffs and cave walls. You just need to know where to look.

Manly Beach is a world-famous Australian landmark and one of the most renowned beaches for surfing.

Named by Capt. Arthur Phillip after the indigenous people living there, he was impressed by “Their confidence and manly behaviour made me give the name of Manly Cove to this place”. These Guringai men met Capt. Phillip while he was scouting for fresh water in the area, and after a misunderstanding he was speared in the shoulder. Fortunately, the compassionate Phillip ordered his men not to retaliate.

Take a short 30-minute Ferry ride from Sydney’s Circular Quay and stroll along the Manly Corso to the beach. At Manly Wharf, charming bars, cafes and restaurants overlook the water. The first world surfing contest was held in 1964 on Manly Beach.

Manly features a long stretch of sand on the ocean side lined by Norfolk Island Pines, that runs from Queenscliff through North Steyne to South Steyne. This is followed by rock pools and sandy beaches called Fairy Bower and Shelly Beach.

About 30km northwest of Manly, Ku-ring-gai Chase national park is home to around 1,500 pieces of Aboriginal rock art. It’s the largest concentration of Indigenous sites in Australia, eclipsing Kakadu which has around 5,000 sites but over a much greater land mass.

With over 800 Aboriginal sites recorded across Ku-ring-gai Chase National Park, Basin Aboriginal art site is one of the best examples of rock engravings by the Garrigal people of the Guringai Nation. The engravings here are outlines created on rock surfaces by pecking, hammering or scraping. Their exact age isn’t known but could be from 1,0000 – 7,000 years old.

Many of the drawings are of people and animals – fish, kangaroos and people – and others that could be the Milky Way and may be intended as an astrological guide. The site was also a meeting place for ceremonies and corroborees.

There are also examples of Aboriginal heritage with axe grinding grooves and rock paintings and stencils within the park. Middens are also found near rock caves and shelters and contain shells, tools and animal bones.

Red Hands Aboriginal Rock Art is located in another section of the park. This art features a series of hands painted by putting ochre and mixing it with water and spraying it out of the mouth.

North Head Sanctuary, Manly, is located on the peninsula at the northern entrance to Sydney Harbour and is part of Sydney Harbour National Park. Cliffs line the headland and this place holds significance to the Gayamagal people. Along with diverse flora and fauna, military fortifications from World War II and signs of the nation’s early quarantine practices remain.

North Head, as it currently exists, originated during the last Ice Age when it was separated from the Hornsby Plateau by erosional forces and transformed into a ‘tied island’, linked to the mainland by Manly’s sandspit. The central area of North Head is covered by dunes made up of wind-deposited sands dating back 140,000 years to the Pleistocene Epoch. These dunes support one of Sydney’s few remaining patches of Eastern Suburbs Banksia.

For a trip back in time and a breath-taking view of Sydney Harbour, make your way to Grotto Point at Sydney Harbour National Park. Carvings made by the Eora Aboriginal group are approximately 2,000 years old. The Eroa group includes Kuring-gai, Birrabirragul and Cadi people. Grotto Point is part of the Kuring-gai people’s estate. Carvings of kangaroos, fish and the sun make up most of the drawings. The view from the North Head’s headland of Sydney and the entrance to the Harbour will leave you spellbound for hours.